Low in the Grave He Lay (Christ Arose) 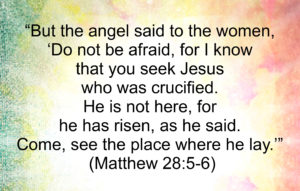 Credited as the composer of more than 500 hymn tunes and the words for a number of them, Robert Lowry considered preaching his primary calling and hymn writing as more an aside. In his pastorates he gained renown as a powerful preacher; however, it was as a composer of hymns that his reputation and recognition expanded into the larger arena.

One of his gifts was recognizing the necessity of a meaningful relationship of the melody to the words of the hymn. This impact is nowhere clearer than in his 1874 composition, Low in the Grave He Lay (Christ Arose).

With the beginning of the chorus, the tone of the lyrics and music shifts to celebration for the victory of Jesus and His church: Up from the grave He arose … Hallelujah! Christ arose!

“But the angel said to the women, ‘Do not be afraid, for I know that you seek Jesus who was crucified. He is not here, for he has risen, as he said. Come, see the place where he lay.’” (Matthew 28:5-6)

Listen to the song online: