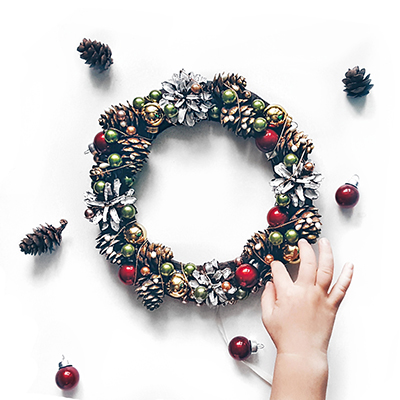 For no matter how many promises God has made, they are “Yes” in Christ. And so through him the “Amen” is spoken by us to the glory of God. (2 Corinthians 1:20, NIV)

Just reading this verse brings joy! But what does it mean? The Bible lists many, many promises – promises to individuals, to Israel, to all people everywhere; promises with conditions and those without; promises made centuries before Jesus was born; promises Jesus made for us; promises fulfilled and those not yet fulfilled. God promises He says “Yes” to every promise He has made.

Our confidence that God will do what He says is built on His attributes. He is holy, trustworthy, faithful, mighty, good. He is love. His greatest promise is hinted at throughout the entire Old Testament. God sent His Son to share our humanness, perfectly, and to restore us to peace with Him. Jesus came – His first advent – to be born as a baby. Incredible promise fulfilled!

We have confident hope that He will return as He promised – His second advent.

And just as it is appointed for people to die once—and after this, judgment—so also Christ, having been offered once to bear the sins of many, will appear a second time, not to bear sin, but to bring salvation to those who are waiting for him.  (Hebrews 9:27-28)

Promises concerning the work of Jesus on the cross, and promises concerning the end of the story—where Eve’s offspring crushes the serpent’s head and all will be made right—hinge on His birth. The Prince of Peace left heaven to be born a human being in order to abolish evil, show us the Father, and make peace between God and man.

“But do not forget this one thing, dear friends: With the Lord a day is like a thousand years, and a thousand years are like a day. The Lord is not slow in keeping his promise, as some understand slowness. Instead he is patient with you, not wanting anyone to perish, but everyone to come to repentance.” (2 Peter 3:8-9)

“Amen” to the Glory of God

For the Son of God, Jesus Christ, whom we proclaimed among you—Silvanus, Timothy, and I—did not become “Yes and no.” On the contrary, in him it is always “Yes.” For every one of God’s promises is “Yes” in him. Therefore, through him we also say “Amen” to the glory of God. Now it is God who strengthens us together with you in Christ, and who has anointed us.He has also put his seal on us and given us the Spirit in our hearts as a down payment.(2 Corinthians 1:19-22)

Letters are best understood if the recipients are aware of the context from which the author writes. That is certainly true for our understanding of this text. There is tension between the apostle and the believers in Corinth. It appears that Paul has been accused of trying to please everyone by saying [simultaneously], ‘“Yes, yes,” and “No, no” (v. 1:17).

In spite of the tensions, Paul crafts an explanation seeking to assure them they could absolutely rely on God’s faithfulness, for their trust was based on the message proclaimed to them by Paul, Silas, and Timothy – that “the Son of God, Jesus Christ” is an affirmation of God’s “Yes” to their hopes for salvation as well as to the “many promises God has made.” That affirmation is underscored by a celebratory “Amen.”

Paul further assures his readers confidently that the God who is faithful also enables them to “stand firm in Christ” just as Paul and his associates stood. He continues by linking God’s “Yes in Christ” with words rich in symbolism that express confident hoping; the word anointing (v. 1:21) is used for one being set aside as king or a believer for a special task. Then, in an insight into the Trinity, he concludes this portion of his plea with a clear reference to the work of the Holy Spirit introduced to their and our hearts as the earnest money that fully guarantees God’s “Yes in Christ.”

It seems only appropriate to respond to God’s “Yes” with a “Yes” of our own. It also calls to mind a prayer from Dag Hammarskjöld: “For everything that has been, ‘Thanks.’ For all that will be, ‘Yes!’”

Bob and Joyce Byrd recently celebrated their 63rd anniversary. This year they downsized and moved into a senior living center, Harmony at Brentwood. Bob served 39 years on the School of Religion faculty at Belmont University; the last 10 years of his tenure he also held the H. Franklin Paschall Chair of Biblical Studies and Preaching.

As humans we sometimes make promises to each other. They might be as simple as, “If you’ll finish the dishes, I’ll get the kids in bed.” Or, we may raise the level of formality by overtly promising: “Can you get this done by Thursday noon?” “I promise you will have it by then.” Then, sometimes we elevate promises to the level of legality by use of contracts.

We have laws for interpreting and enforcing contracts because we humans sometimes forget or intentionally break promises. Our country thus has laws to address claims of broken promises and to settle disputes over interpretation of contracts.

There are agreements that are by law illegal or simply unenforceable. Examples are contracts by lenders who charge excessive interest rates. That is a violation of law called usury.

To protect parties who have little or no knowledge of the law and no bargaining power, other laws prevent unfair advantage from being taken of those disadvantaged parties. Examples are Landlord and Tenant laws giving tenants protections from unfair contracts.

In general, in cases of disputes over written contracts, courts apply well-established legal principles to interpret the intent and meaning of their terms.

God does not work this way. He always remembers and keeps His promises.

Tad and Mary Ann Harris have three children, Taylor (Grace), Laura (Matt Penney), and Miller (Margaret), and nine grandchildren. He and Mary Ann have taught in Sunday School and served on various committees through the years; Tad is a life deacon. Tad and his sister Helen Owens have attended Nashville First Baptist since the Cradle Roll.

For more information about the ongoing services and ministries of Nashville First Baptist Church, visit NashvilleFirst.org or call 615.664.6000.